Meet the Merchants of Flagler Avenue 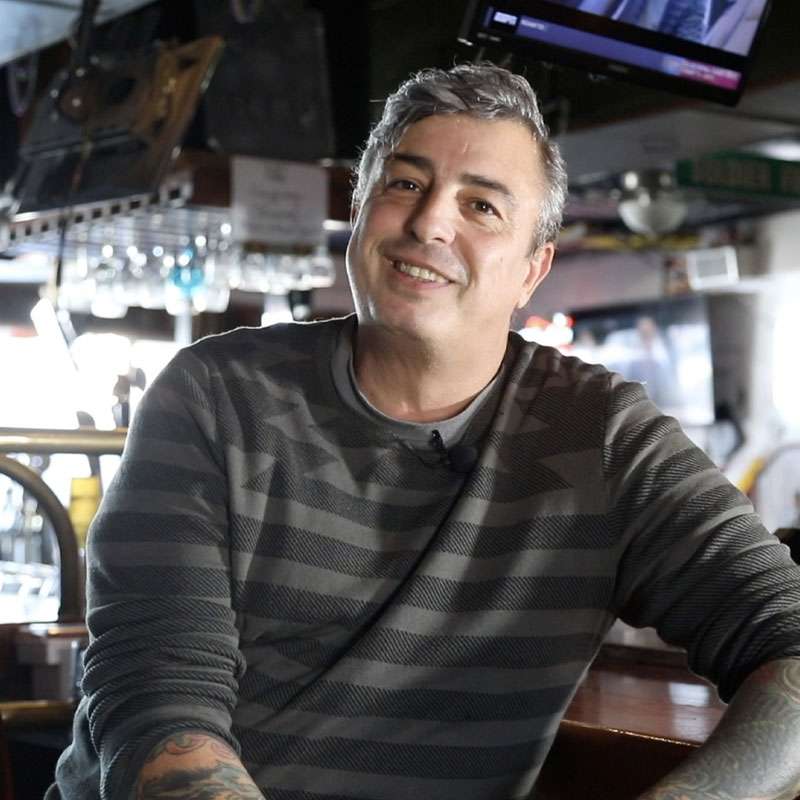 David Morhain is accustomed to the beach lifestyle. He’s lived in laid-back coastal communities with a “chill” vibe for most of his life. So, when he heard through his grapevine of business associates that Peanuts Sports Bar was for sale, it was easy to imagine moving to Florida to take on the business. David planned a trip to New Smyrna Beach to see for himself – and loved the feel of the community. He made the decision to trade the shores of Southern France for those of NSB. David has lots of experience in the hospitality industry, having owned several restaurants and bars before coming to the U.S. Each of his locations had its own personality – from pizzerias to traditional bars. He quickly learned that Peanuts Sports Bar possessed a character all its own.

Besides his obvious individuality and charm, David is a rare find for other reasons. The most important being that he knows a good thing when he sees it. Whether it’s in the form of a person; he makes friends quickly, and holds on to them. Or in the case of Peanuts itself; he has no plans to make drastic changes to the bar that has been an NSB institution for 32 years. He is proud of the fact that he is keeping just about everything the same – from the comedy auction every Tuesday – to bingo night – and the Sunday jam sessions where local musicians are invited to come play music together. He knows the value of keeping the bar as a point of local nostalgia, and David plans to keep those memories alive. He understands how important it is to his loyal Washington Redskins football fans to have a meeting place to watch the game every week. He loves that the large, horseshoe-shaped bar which encourages people to talk to each other and make new friends. He can often be seen bellied up to that very bar, having a tasty burger or fresh wings – and making new friends of his own.

David sees hospitality as more than just providing food and drinks. He wants to be a part of it – enjoying laughs and good times right alongside his guests. He wants to know their faces and greet them as a friend the next time they walk through the door. That’s why in the short time he’s been in NSB, he has become an important part of the community. He’s quickly made connections with many of the other business owners on the street, has developed rich friendships with his customers and employees, and looks forward to community events which happen right outside his front door on Flagler avenue. He will tell you that he doesn’t “go to work” each day – he is too close to the beach, and has too much fun to call it work. This relaxed, playful life is exactly what David is built for – and while he makes sure to go back and visit France a few times each year, he is glad to call New Smyrna Beach his home.